The Second Interdepartmental Quiz Competition was organized by Hayatian Quiz Society in Collaboration with Students’ Services Centre (SSC) on 11th Dec.2014.
The competition began with a Pre Zero Round on 10th.Dec.2014 in which 107 teams participated from different departments from all over the affiliated colleges and campuses including Hafiz Hayat Campus.
By the end of the zero round, 30 teams qualified to fight for the title “Brain of Uog”.
The Guest of honour in the event was Dr. Fozia (Head of Sociology Department) others guests included Sajid Pervaiz (SDO of Pepsi Bottling Company), Dr. Shehzad (Patron of HQS) and Dr. Imran (Co-ordinatior of HQS).
The event started with the recitation of Quran by Osama and Naat by Faran Fazal. The event proceeded with the National Anthem. The compares of different sessions of the competition were Qurat-ul-Ain, Shahroz, Asad Ijaz, Fawaad Akram, Sehar Zafar, Abdul Rehman, Jahanzaib and Hajra.
The competition was comprised of three major rounds.
The 1st round consisted of four general questions and two individual questions to each team. By the end of the 1st round, 13 teams qualified for 2nd round namely A2, E4, F2, F1, G2, F4, C3, B4, G4, E3, E2, B3 and B1.
The 2nd round was Topic Selection Round and after the 2nd round, the teams F1, F2, C3, B4, A2, G4 and F4 qualified for the next round.
After a transitional Tie round, the teams B4, F4, F1 and E3 qualified for the Final Round.
The final round had two sub rounds, The Kasoti round and Seven Star Round.
The winning to be crowned the title of “Brain of UOG” was F4.
Speeches of encouragement, appreciation for HQS and motivation among students to participate in healthy co-curricular activities were made by Patron of HQS, Dr. Shehzad and Guest of Honour, Dr. Fozia.
At the end of the event, shields were given away to the 2nd runners up:
M. Zohaib and Bilal Hussain
1st runners up: Atif Khan and Asad Abbas and also to the winning team Asif Qamar and Nouman Hassan from Biochemistry Department Hafiz Hayat Campus.
Shields were also given away by the Patron and Co-coordinator to the hierarchy members who actively participated in arranging the successful event.The “Guest of Honour” shield was presented by Dr. Shehzad to Dr. Fozia. 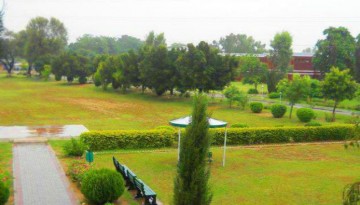 Sadar Park is located at Qaid-e-Azam road Kharian Cantt. Sadar Park is public park where anyone can enjoy with families.

Children Park is govt park which is situated at

Kanara Park at Chanab is small park which is

Nawaz sharif park is build publically, for every type